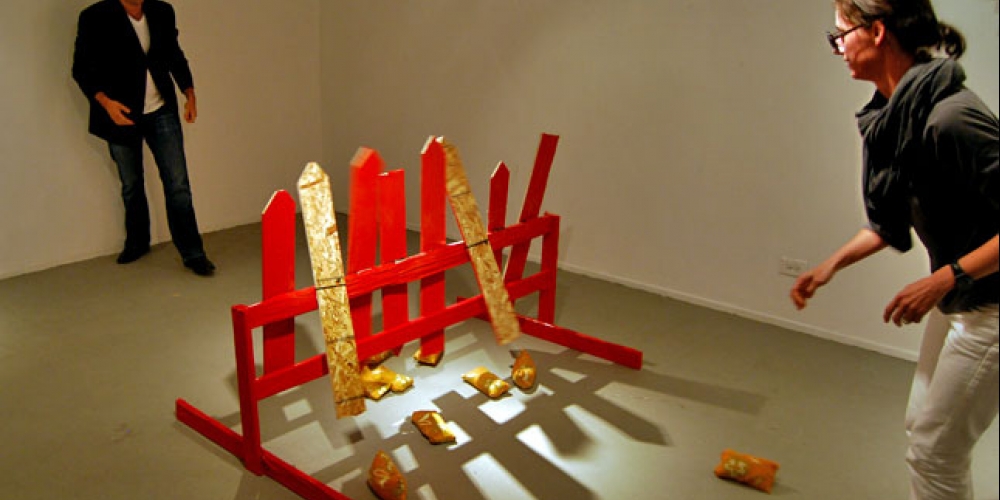 For the Guerrilla Truck Show in 2010, ODL staged a quick 24 hour workshop and exhibition based around the Midwestern game of cornhole. Over the course of a weekend, eleven designers used scrap material to create nine games, interpreting the simple idea of a target and a projectile.  In the end, the games were arranged into a public "midway," where passers-by stopped in to play.

Watch Garrett Smith's Bad Neighbors in the video above, shot during the opening night games. Two players stand on either side of the fence and throw upholstered bean bags at the board. A player wins when all the red sides are visible to them.  Next, watch Peter Bo's detailed walk through for Core77, explaining the rules of each game.

Bags 2010: Looking around the workshop by ODLCO

World of Forms Part I